Bhiwani is one of the prominent tourist destinations in Haryana that has significance due to its religious ideals. It is also called as City of Temples or termed as small Kashi (Banaras). Bhiwani was founded by a Rajput King Neem Singh who named it after his spouse Bhani. Later it got renamed to Bhiwani. Bhiwani city covers all places of attractions in its arena in which temples are the outstanding part of its tourism. Due to presence of renowned temples and religious shrines many people from around the country come to this city to see all magnificent holy places of Bhiwani. 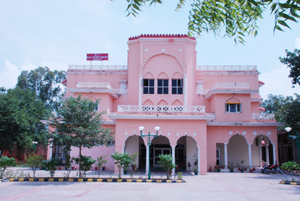 Bhiwani is over all a pleasant place to have good vacations in a holy city. This city was among the renowned places of Mughal Empire and other dynasties who ruled over it. Due to significance of such dynasties, the city has grown as major hub of tourist attractions which were built during ancient times. Since its establishment as separate district in 1972, it has developed as major tourist spot and Government has concentrated more on tourism department of the city. City has also witnessed many historical events right from the ancient ages to recent history of freedom movements. All key locations of such popular events are preserved in the arena of Bhiwani.

Here are some of the popular tourist attractions of Bhiwani: 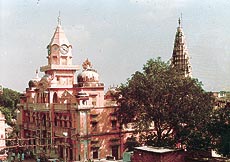 Gauri Shankar temple is one of the major shrines of city. It carries 3 major idols of Hindu God.

This temple is well decorated and painted with prayers as well as pictures depicting stories of ancient ages.

Hanuman temple is the oldest temple in the city which has majestic religious values among the people of Bhiwani. It is believed to be constructed before 300 years ago and it is dedicated to Lord Hanuman. Large numbers of people turn out at this place on festive season and every Tuesday. The events like Hanuman Jayanti are celebrated with lot of enthusiasm in this temple and draws lots of devotees from all around.

Hira Puri Mandir is one of the historical temples of Bhiwani which carries idol of Lord Shiva. The temple is constructed on the banks of Dhobi Pond where sage Hirapuri had taken Samadhi. Therefore, this place is named after this divine sage of Bhiwani.

Jogiwala Mandir is one of the prime locations of Bhiwani Tourism. This temple is dedicated to Lord Shiva which is situated in the centralized location of Bhiwani city. Many devotees visit this temple throughout the year especially during Mahashivratri.

Naurangabad mound is an archeological site situated 10 km away from the city. It is the place which attracts many history enthusiast people as at same place many vestiges of Kushan Empire, Gupta Dynasty, and Yaudheya Dynasty was found in form of coins, toys, statues, and other such things. It is believed to be ruins of 300 BC which is spread over the area of 58 acres. These 2500 years old remains of all dynasties and historical site allures lots of people from all around to increase their knowledge about ancient era. 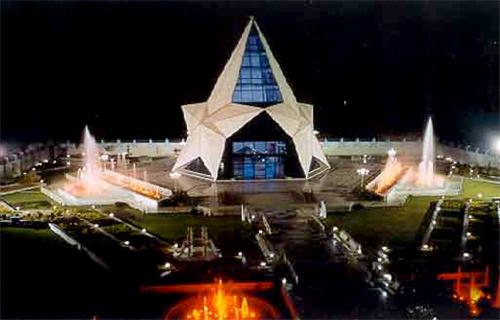 A magnificent architecture, star monument is the Samadhi Sthal of 5th Radha Swami Guru, Shri Param Sant Tarachandji Maharaj who is renowned as Bade Maharaj ji. This hexagonal structure is constructed in star shape at the elevated height of 6 feet from ground. The monument is 88 feet tall erected without any pillars and columns. This is amazing piece of architecture, that entire building is not having support of concrete pillars. A creative garden is also surrounding this Samadhi which depicts beauty of this place especially under lights.

Mini zoo is situated in the city limits of Bhiwani and it has many wild animals and birds. This mini zoo was renovated again in 2006 and witnessed expansion in its facilities as well as features.It is the best place to visit for wild life enthusiasts as it showcases rare wild life creatures of nature. 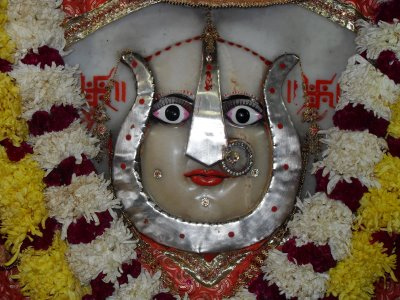 Devsar Dham is the renowned place located in the region of Bhiwani. This place has religious importance and significant impact on the tourism of Bhiwani.

Many tourists all around the world come here just because of this temple. It is one of the sacred temples for Hindu community which is dedicated to Goddess Durga.

The name of the deity is ‘Rani Sati Dadi’ which is believed to be carnation of Goddess Durga. It is 27 km away from the city an d witness huge flow of devotee during Navratra.

Prithviraj was the renowned king of this region and used to take general meeting here in Bhiwani to resolve problems of the people residing in this locality. This place is also famous as Baradari where Rajput rulers held darbar and stated their verdicts on various solutions. Since being the historical place many enthusiastic people love to visit Prithviraj ki Kacheri.

This temple is one of the oldest temples in Bhiwani. In earlier days, Bhiwani used to be part of Shekhawati region which used to come under the belt of that region. It is wonderful temple built during the period of 1653 displays the magnificent art and architecture of ancient times.

Other Places of Attractions in Bhiwani 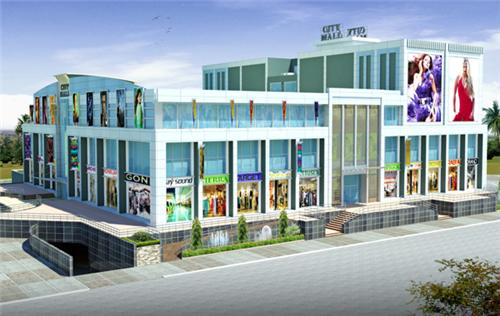 Bhiwani is one of the shopper’s paradises as it holds two major and other small shopping malls in its arena. People who are fond of local handicrafts and manmade items, these shopping complexes are the best place to get them. Suncity Mall is situated in the heart of the city near HUDA Park. It showcases lavish lifestyle of the city along with wide range of products which are internationally recognized. Suncity Mall and City Bazaar is the most alluring shopping arena in Bhiwani. City bazaar can be located at Jhankar road in Bhiwani. Tourists can take the glimpses of local handiwork and fine art sculptures in these malls. There are also other small and big shopping malls that can be reached in the town.

How to Reach Bhiwani 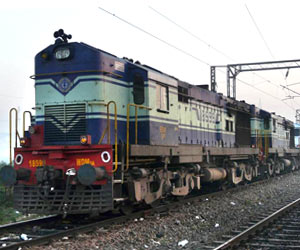 Bhiwani is situated on in south western region of Haryana state having proximal distance from Delhi. It is well connected through road and rail routes to the other parts of India. People arriving from major cities can take flights for Delhi or arrive directly traveling by trains. Bhiwani is just 135 km away from International airport of Delhi known as Indira Gandhi International Airport. Buses and taxis are available easily from airport to reach the city of Bhiwani. This city is positioned on the Rewari – Ferozpur railway route which is broad gauge line and well connected to all major cities of India. Rewari railway station offers many major trains which connects Delhi the capital city of India to this city on regular interval. 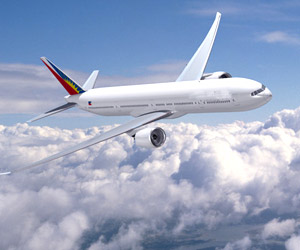 Bhiwani is connected to Delhi with road through National highway 10 and State highway 16A. There are many buses and private taxis plying between these two stations, providing their services to reach Delhi from Bhiwani or vice versa.

Hence, it is effortless journey to reach the city to explore all kinds of attractions laid in the Bhiwani. The city is also connected to other major cities such as Jaipur, Churu, Faridabad, and Chandigarh with buses offering overnight journey to Bhiwani from there.

Bhiwani is diversified location that can be explored in any phase of year. But there are some periods of time which are delight for tourism in Bhiwani. Basically it receives hot and dry climate in major part of the year. In summers, temperature rises up to 45o, hence tourists face some exertion while traveling in the city. Winters are also chilly and barometer reading falls up to 2 Degree Celsius, but still it is good option to plan a trip for the city.

Consequently, the ideal time to visit Bhiwani is between September to February due to scarce rainfall and moderate climate. December mid to January is the drastic phase in winter and temperature can be found at rock bottom during this period. So by exempting this phase of time people can enjoy the holidays in Bhiwani along with pleasant climatic conditions. Except May and June, tourists can also chose this season to explore the city along with taking precautions of journey in summers.

Things to carry while arriving at Bhiwani

Bhiwani is a semi desert area with some parts coming under the foothills of Aravalli. It receives three major seasons; summer, winter and monsoon. Hence people should prepare themselves for tourism according to the season.

Monsoon receives very small amount of rains and it is not necessary to take major precautions of heavy showers. In this season people should carry medicines for all types of diseases especially for digestive problems. Cotton clothes are good option to take while going for Bhiwani tourism in monsoon.

Winters are ideal season for exploring Bhiwani. People should bring good amount of woolen during December and January month. Cold cream and necessary medicines should be brought along with emergency kit. 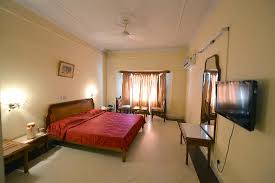 Bhiwani has many staying options. Tourist can choose according to their suitability and requirement among the various residing alternatives available in the city.

They also help in planning tour packages for the city along with supportive infrastructure for touring the attractions. Some of the prominent hotels in Bhiwani are: 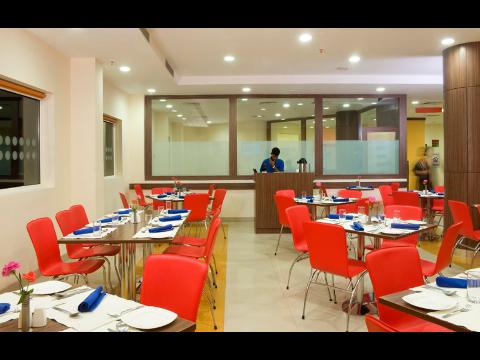 Restaurants in Bhiwani cater one of the most delicious cuisines in India. Typically called as north Indian food, they provide all the spicy and lavishing foods which are offered in this region. Restaurants in Bhiwani also serve Haryanvi food along with international cuisines such as Chinese, continental, Mexican, and other such variety of foodstuff.

These restaurants in Bhiwani are well furnished with skilled staff for serving all kind of pasta, pizzas, sandwiches, and other similar light and speedy food items. Some of the top restaurants settling the taste enzymes of tourists from other parts of country are: