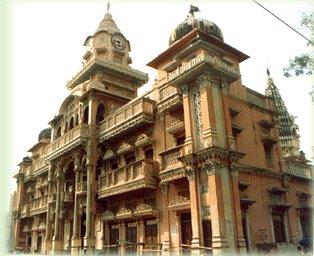 An ancient city, Bhiwani has witnessed many human civilizations and historical events of bygone era. Bhiwani always remained the center of attraction for the rulers due to its strategic situation and importance in political map of India. Till independence, it has been ruled by many rulers including Indian and invaders. Significance of such magnificent era under the rules of various dynasties is found above the soil as well as under it. One of the exquisite places of history was found recently in the region of Bhiwani at Naurangabad Mound.

Naurangabad Mound is recently developed tourist attraction which carries ruins of ancient era which were found during the digging of this place. It is declared as Ancient site by the Archeological Survey of India. Naurangabad Mound is now one of the prime locations of interest for the history enthusiasts and they desire to visit this place to gather more information about the lifestyle, culture as well as their utilities. There are many such excavation sites in Haryana State but Naurangabad Mount has more detailed and informative sites of ancient age. This mound is placed near the village of Naurangabad and it has derived its name from this village itself.

Naurangabad was the small place in the region of Bhiwani. It is a part of Bhiwani tehsil situated eight km away from the main district headquarters of the city. This region is encompassed by Bhiwani, Charkhi Dadri, Hansi, and Rohtak cities. Language spoken in the region is Hindi, Haryanvi, and Punjabi. It can be explored during the period from August to February.

Exploration of Naurangabad Mound in Bhiwani

Naurangabad Mound came into sight of Government during the time of 1980s when few children playing at this place after the rain, found the coins of ancient times. On investigation it was proved that some of these coins are from Kushan and Gupta dynasties era, therefore government had taken over the complete area of 58 acres under them and handed over to Archeological Survey of India in 1985. This legal identity started digging this mound in the year 2001 with intensive care and proper instruction.

After the couple of halts in digging process, Archeological team found some of antique coins, tools, toys, sieves, pots, and statues which were 2500 years old. It is believed by the experts of history on the basis of statues, coins, coins mould, and architecture of houses that Naurangabad mound used to be a developed village during the period of 300 BC which was the era of Youdheya, Kushan and Gupta Dynasties.

This research made the department more excited and they took more initiatives to excavate further. They found the complete infrastructure of modern town along with baked bricks, mud bricks, pottery, statues, and various utilities. The team of Archeological Survey of India found houses made of those bricks which are in shape of 18 inches X 9 inches X 3 inches. Due to slackness, previously many proximal villagers took away the bricks of this historical site for constructing their homes. It is unbelievable discovery in the region of Bhiwani which was hidden under the soil for so many years. The collections of this site were displayed in the Jhajjar Gurukul Museum for the people.

How to Reach Naurangabad Mound in Bhiwani

Naurangabad Mound is situated 10 km away from Bhiwani city and 42 km away from Rohtak. These two are the major cities of Haryana which holds main railway stations connecting to other parts of India. Trains are available on regular interval for passengers. Travelers coming from outside India or far end region can touch down at Indira Gandhi International Airport at Delhi to arrive at Naurangabad Mound.

It is 130 km away from the airport and effortlessly reached by taxis and private cabs. Buses from the major cities of Haryana, Rajasthan, and Delhi NCR region ply on regular basis connecting Bhiwani. Tourists can select any of the options to get in the city to see the Naurangabad Mound.