* In case of any delay in receiving the OTP, you may verify it later. Please proceed without verification.

Your mobile number is not registered with us. Please register your mobile no.

Bhiwani is one of the major cities of Haryana known for presence of religious temples in the city. Due to this significance, it is also called as Choti Kashi i.e. mini Banaras. Devsar Dham is one of the pioneer religious places in the tourism of Bhiwani. It draws many tourists around the year especially during the festive seasons. Many devotees from different parts of India travel to Bhiwani to visit this auspicious spiritual place.

The Temple is dedicated to Goddess Durga a venerated deity of Hindu community. This place witness number of pilgrims on regular basis but the flow of these devotees increases drastically during Chaitra and Ashvina months of Hindu calendar. During this period, a mammoth fair is organized around the temple for the people coming for darshan.

The deity present in the temple is named as ‘Rani Sati’ who is worshiped by many people especially from Rajasthan and Haryana. Devotees have firm belief that people who take blessing from this temple get their work done effortlessly. This belief draws attention of many pilgrims who come here to show their devotion for the Goddess. The temple of Goddess is situated on the hillock of Bhiwani on the Loharu Road. It is six and a half kilometer away from main city; so many locals also visit this shrine on regular basis. The shrine is positioned in sitting position in a fissure which is carved out of rock. 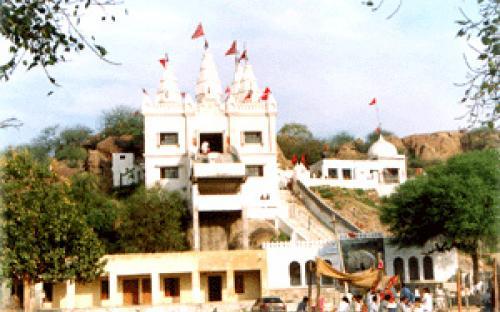 Temple is built on the hillock of Loharu Road and it is beautifully crafted out of rocky hill. From foothills there is steep stairs taking devotees right into the temple of Durga. Staircases are completely covered and grilled to give complete safety. As the temple found its existence on the hillock, all security measures are taken and it is designed such that it is hard to have any incident.

This multi storey temple is huge in structure along with three domes on the top. There are many small shops of flower and sweet dotted on the path of temple where people can take offerings for worship. This magnificent temple can be seen from far end and this place itself gives panoramic view of Bhiwani town.

History of Devsar Dham in Bhiwani

The Goddess, Shri Rani Sati ji is believed to be born in village Dokua in Haryana as a daughter of Gursamal. She was named as Narayani and after attending the age, got married to Tandhan, son of Jaliram of Hissar. They were living life peacefully till a turnaround sequence took place. 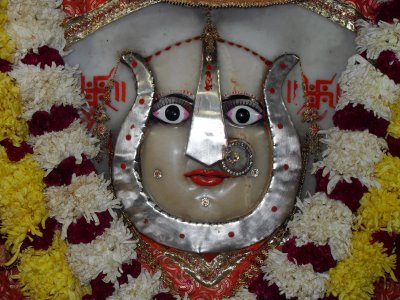 The son of King in Hissar was attracted towards the horse of Tandhan as it was truly a magnificent stallion in this region. King’s son demanded the possession of horse, but Tandhan declined the offer. Son of the king decided to acquire horse forcefully hence he challenged for a battle. The battle was fought at Bhiwani itself and Tandhan killed the son of King, but due to error he also got killed at same place. The drastic step of Narayani after the death of Tandhan at this place significantly aroused it as a religious place in Haryana.

Facilities at Devsar Dham in Bhiwani

Temple at Devsar Dham is well blessed with all facilities in and around the arena. People coming to temple can view the entire structure and stated painting depicting the story of Shri Rani Sati. There is one place where Akhand Jyoti is place and people can offer one lighted Deepak at this place. There is facility of worship as well as meditation for the devotees. 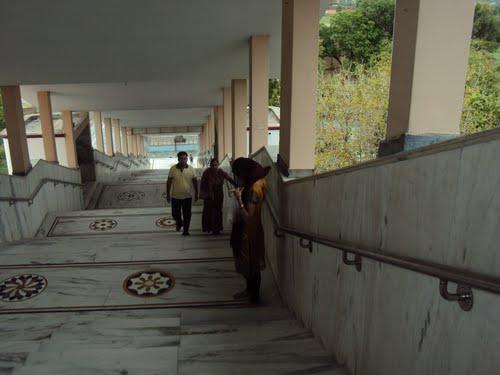 Devsar Dham is a popular shrine and people usually come to visit for longer period. So to amalgamate such devotees, there are dharmshalas and food langar all around to serve such people coming to this shrine. Apart from these, people can buy many things from shops laid down near the hill as well.

How to reach Devsar Dham in Bhiwani 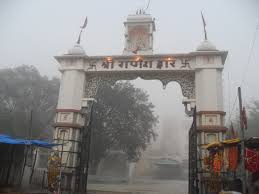 Devsar Dham is located 6.5 km away from city on the hillock of Bhiwani Loharu Road. Bhiwani is well connected with road and air transport.

People who wish to come here, can select any of these routes. Its nearest airport is at Delhi which is 120 km away from Devsar Dham.

From Bhiwani travelers can take any public transport for Loharu Road and from there it is at strolling distance. Even people can choose car rentals to arrive at Devsar Dham.